German Pilsner Lager takes its name from the place where it originates. It is a type of pale lager and was first brewed in 1842 in a town called Plze? (Pilsen in the Czech Republic) One of the most popular flavours of a pilsner beer is a Helles Pilsner 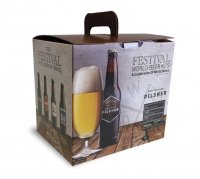 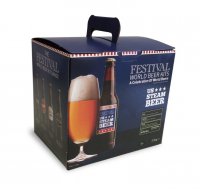 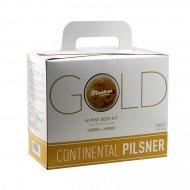 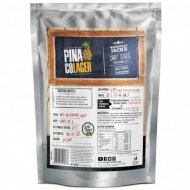 Pilsner is also known as a pilsener, or pils is a type of pale lager.

A pilsner is a lager, however not all lagers are pilsners.

Pilsner lager is pale, and it is the most widely consumed and commercially available style of beer.

Lager is a beer type that is fremented at low temperatures.

Lagers vary in colour from yellow, pale, amber, or dark.

Pilsner took its name from the Bohemian city of Pilsen and was first produced in 1842 by a Bavarian brewer named Josef Groll.

Lager and a Pilsner differ because Pilsner is a type of lager named after the Czech city of Pilsen. Pilsners also have a more hopped and spicier flavour and use different yeast.

The city of Pilsen began brewing in 1307. Most Bohemian beers were top-fermented at that time. The taste and quality standards often varied widely, and in 1838, consumers dumped whole barrels to show their dissatisfaction.

The officials of Pilsen then founded a city-owned brewery in 1839, called in English: Citizens' Brewery, which is now known as Pilsner Urquell.

It was here in the mid-1840s that they began to brew beer in the pioneering Bavarian style.

Brewers had begun ageing beer made with cool fermenting yeasts in caves, improving both the beer's shelf-life and clarity.

The Pilsen brewery head hunted the Bavarian brewer Josef Groll (1813–1887). He used local ingredients and paler malts and presented his first batch of pale lager on 5 October 1842. The combination of Pilsen's remarkably soft water plus local Saaz noble hops from nearby Žatec,

Josef Groll's left the brewery when his contract ended in 1845. He returned to Vilshofen in Bavaria and eventually inherited his father's brewery. The Groll brewery, unfortunately, no longer exists.

However, parts of the brewery were acquired by Wolferstetter, another brewery from Vilshofen, which still produces a Josef Groll Pils.

In 1853, the Pilsner lager was available in thirty-five pubs in Prague. By 1856, it was in Vienna, and in 1862 it came to Paris. Improving transport links and communications also meant that this new beer was soon available throughout Europe. The Pilsner style of brewing was quickly imitated, and to protect it, Pilsner Bier was registered as a brand name. This was done at the Chamber of Commerce and Trade in Pilsen in 1859

In 1898, the Pilsner Urquell trade mark was created to protect it further and to emphasize being the original brewery

Some beers are labelled Urtyp Pilsener (UP), this means they are brewed according to the original process. Many breweries save this accolade for their top beer.

In the late 19th century modern refrigeration was introduced to Germany by Carl von Linde. This eliminated the need for caves for beer storage, and enabled the brewing of cool fermenting beer in many new locations.

Until as recent as 1993 the Pilsner Urquell brewery fermented its beer using open barrels in the cellars which were beneath their brewery.

This method changed and in 1993 large cylindrical tanks came into use.

Small samples of Pilsner are still brewed in the traditional manner for taste comparisons.

The modern pale lager termed a Pilsner may have a very light, clear colour from pale to golden yellow, with varying hop aroma and flavour levels.

The alcohol strength of beers which are termed Pilsner vary but are typically around 4.5%–5% ABV.

Immigrants from German brought pilsner style beers to America in the mid-19th century. American pilsners today are still more akin to the German style, but the grist contains up to 25% corn and rice. The technique generally has medium-low to medium sweet malt flavour and medium to high European hop notes.

How does a Pilsner taste?

Pilsner is one of the youngest beer types globally, first brewed in 1842. The flavour ranges greatly depending on wheat styles, but they're typically light in taste, low in hops and have a yeasty flavour that makes them great summer beers.