The origin of Zinfandel was unknown until its DNA was tested which showed that it was the same as Primitive in Italy and Tribidrag in Croatia where the grape initially came from.

Zinfandel is a rich red wine. However, a rose version can also be made which is called White Zinfandel. Most of the grape is grown and produced in America, and it is best consumed when it is young. 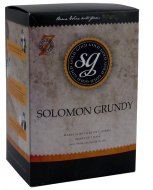