Most are 5 gallon wine making kits however Beaverdale produces both 1 gallon and 5 gallon enabling you to have a taster before you invest in the larger kit.

Merlot is a French term which means The Little Blackbird; it is the second most popular red grape in America (the first is Cabernet Sauvignon). Known for its qualities of being ripe, elegant and soft, most Merlots are a trendy drinking red wine which goes well with food or on their own. This is a grape type which is often recommended to someone new to red wine as the first red wine they should drink.

From its beginnings in the late 1700s when the Merlot and the Cabernet Sauvignon were combined in the Bordeaux wine blend it’s popularity spread. It is known to add softness and exquisite fruit flavour to the wine. The Merlot grape arrived in California in the mid-nineteenth century, and it suited the climate there very well.
The American winemakers soon began making wine with 100% Merlot as they appreciated the smooth taste and low tannin levels.

Grown in the warmer climates Merlot can produce wine which can approach 14% alcohol, the fruity flavour is enhanced, and it is said to have notes of chocolate, a plummy taste and is very easy to drink. 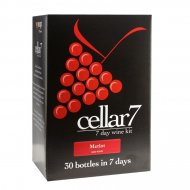 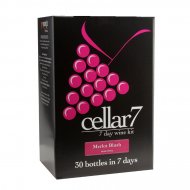 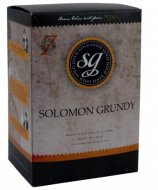