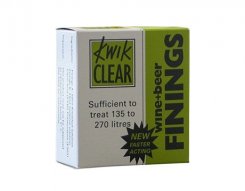 Finings are a clearing agent for wines and beers.  Some are a one part fining, and have a single active ingredient. Others are a two part finings and have two ingredients.  There are a number of different fining agents, including some that are suitable for vegetarians. 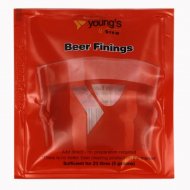 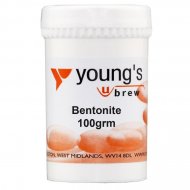 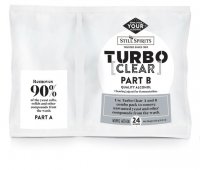 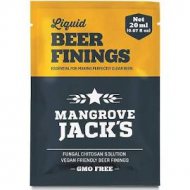 The Definition of Finings

What is in Finings for beer and wine?

The use of animal-derived products, including milk casein or egg whites, prevents the wine from being marketed vegan.

Finings are processing agents added to unfiltered beer or wine to remove yeast and protein haze.

What is a protein haze?

During the fermentation process, yeast cells and beer proteins derived from the malt, when brewing beer, form a colloidal suspension that appears on the surface as a haze. Grapes are a significant source of protein in wine, responsible for protein haze formation.

A haze or colloidal suspension forms when very small, charged particles are suspended in a liquid. An electrostatic charge, known as zeta potential, repels one particle from the next and impedes the settlement of the solid particles during fermentation.

The fining agent helps bind the unwanted particles in the beer or wine, which means they become large enough, so they are filtered out.

Are there different Fining agents for fining wine or beer?

Which Fining agents for wine?

Some winemakers prefer not to fine their wines, believing that this process deprives them of natural flavour and texture.

Which Fining is a beer clearing agent?

In unclarified beer, yeast cell walls possess a negative charge. Isinglass and gelatin solutions are proteins that have a positive charge.

Adding Finings to newly fermented beer, the charged Finings interact with the yeast and neutralise the zeta potential present on the yeast cell wall.

The Finings eliminate the repulsive forces and stick the yeast cells together to form a larger floc particle. As Stokes' law dictates, these larger particles settle considerably faster than they would otherwise.

The neutralisation happens rapidly, and Finings can be very efficient.

Some brewers will use Finings to reduce the yeast suspended in beer before preparing a beer for filtration.

Auxiliary Finings are preparations intended to precipitate proteins rather than yeast. These preparations derived from carrageenans or alginates carry substantial negative charges that attract and form flocs with positively charged proteins.

Although yeast finings such as isinglass can be used in conjunction with auxiliary Finings, they cannot be added simultaneously because each would neutralise the other, rendering both fining agents ineffective.

When are Finings added?

It is best practice to add Finings at the end of the processing of brewing wine, beer, and various nonalcoholic juice beverages. They remove organic compounds to improve clarity or adjust flavour or aroma.